Metamorphoses is a new ensemble of world class musicians who have established themselves individually as soloists and chamber musicians in the world’s most prestigious concert halls.

Their debut CD, Once upon a Time… is a cross-pollination of a wide range of sounds, colours and music styles – just as the group itself is an exchange between musicians from three different countries and cultures. The CD repertoire includes the work of composers who fought against great adversity, such as Leo Smit, a Dutch Jew killed by the Nazis, and Rebecca Clarke, who struggled for the recognition she deserved in the male dominated world of early 20th century composition. In addition, the recording features under-performed works such as Mozart’s beautiful Kegelstatt Trio and the devilishly difficult Trio by Jean Francaix. 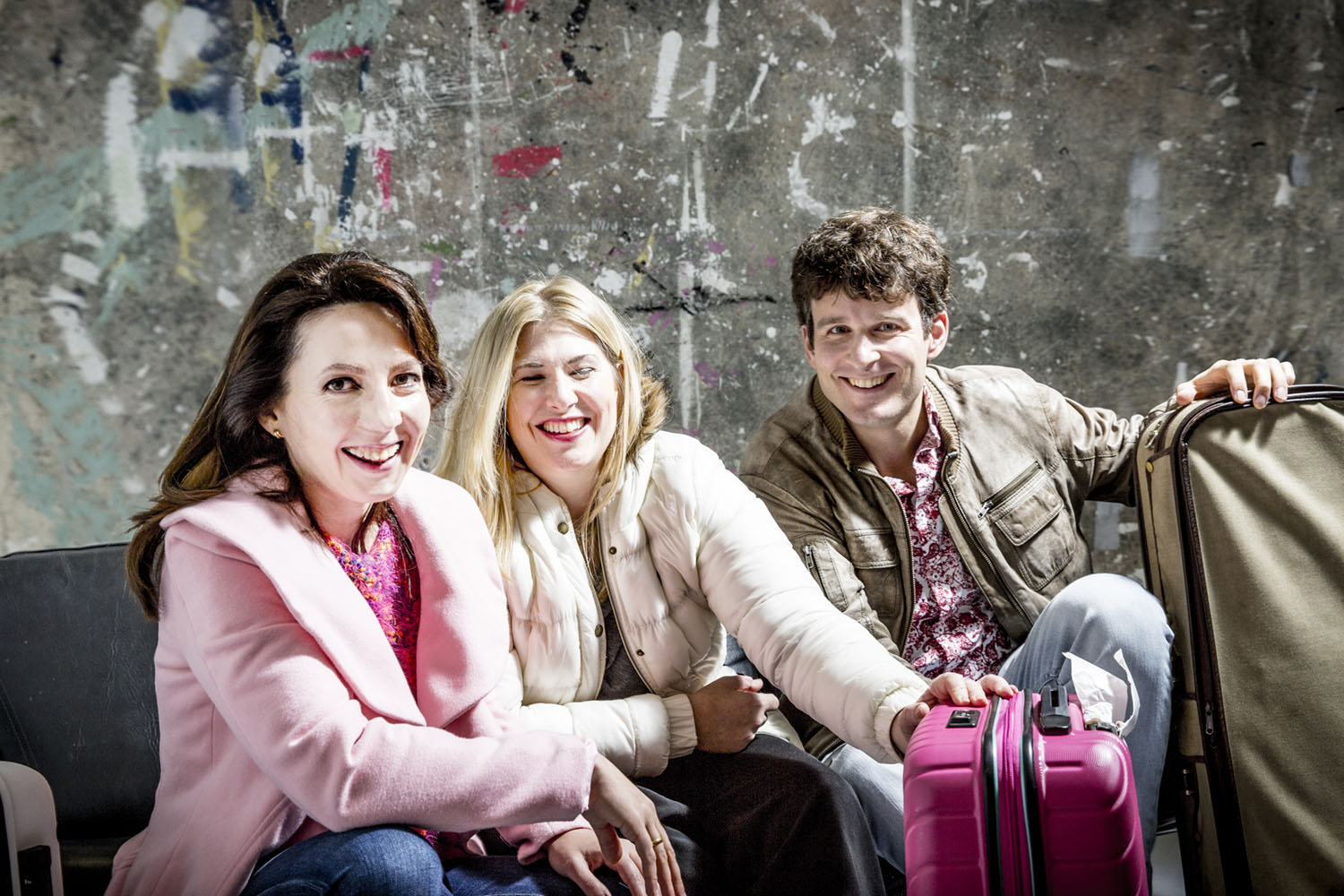 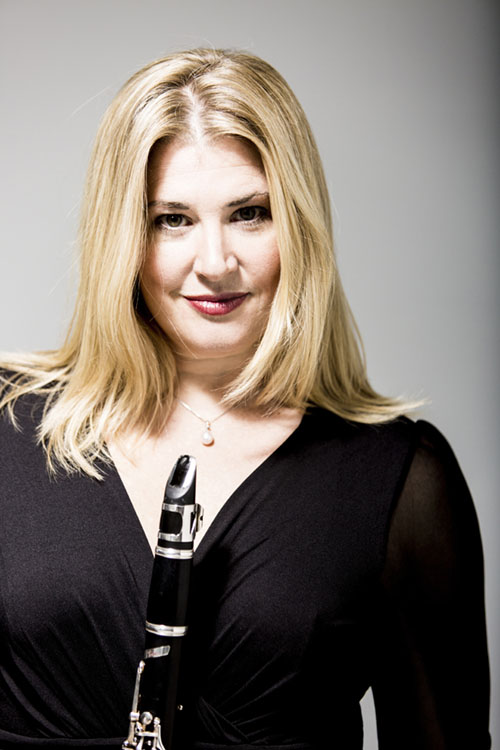 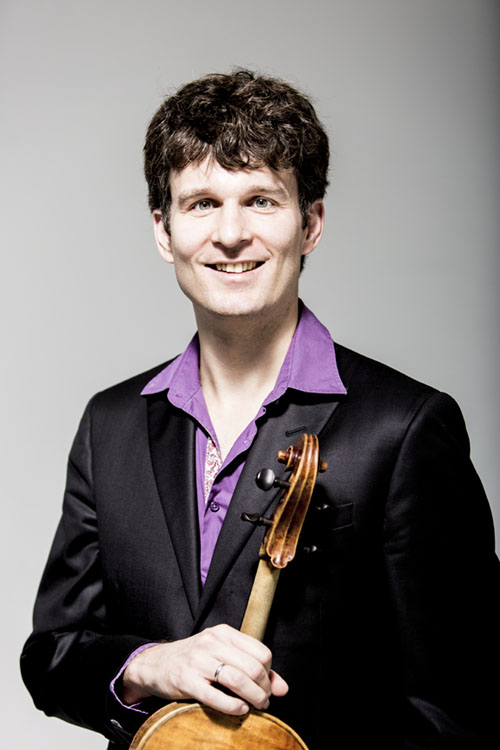 Roeland Jagers is a passionate chamber musician and was a founding member of the Rubens Quartet, laureate of several international competitions. The quartet enjoyed an active international career for 16 seasons in Europe, the United States and Israel. Roeland performs regularly in concert halls such as the Concertgebouw in Amsterdam, the Tonhalle Zürich, the Konzerthaus in Vienna and the Philharmonie in Berlin.
He also appears as a guest in international festivals such as Mecklenburg Vorpommern and Schleswig Holstein (Germany), Larzac (France), Kuhmo (Finland), El Paso Pro Musica, Sitka Music Festival and Indiana University Festival of the Arts (US). Roeland plays a Giovanni Pistucci viola, on loan to him from the Nationaal Muziekinstrumenten Fonds in Amsterdam. 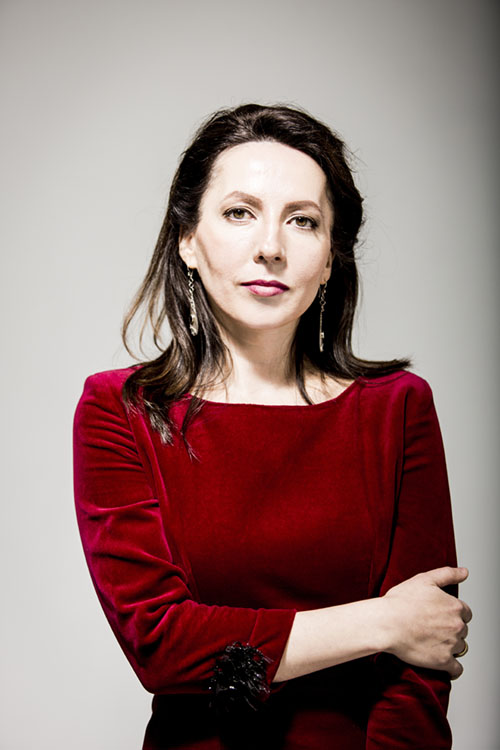 Ilona Timchenko won first prize in the Third Abstract Securities Landor Competition in 2007, fending off strong international competition and winning a contract with Landor Records- her first CD on their label came out in 2009 and was selected for one of the inaugural 'Outstanding' accolades in International Record Review in January. She brought a packed audience at England's Buxton Festival to their feet in July 2008 at her debut recital there and in April 2010 she made her debut at Unione Musicale, one of the most prestigious festivals in Europe.
In addition to her solo activities Timchenko is a keen chamber musician and makes regular appearances at festivals in the Netherlands, Spain, France and Russia alongside artists such as Rivka Golani, Mark Lubotsky, Philippe Graffin, baritone Wolfgang Holzmair and Elias Quartet.

"...I have nothing but admiration to express for the playing of these three musicians. British-American clarinettist Jean Johnson is nothing short of phenomenal.
The Francaix and Smit works, in particular, put the clarinet and Johnson to the ultimate test with some of the most technically torturous passages for the instrument I’ve ever heard; yet Johnson’s technique and poise never falter or fail her. She plays with a tone of the most exquisite liquid, limpid, and legato beauty. Dutch-born violinist Roeland Jagers is a founding member of the Rubens Quartet, and he appears regularly as soloist and chamber music player at concerthalls and music festivals in Europe and the U.S. The creamy richness of his tone is a perfect match for Johnson’s clarinet. Prize-winning, Crimean-born pianist Ilona Timchenko has made a name for herself on the international stage with appearances as a soloist with major orchestras, a recitalist and an accompanist to a number of well- known instrumentalists and vocalists. Her keen musical intelligence and contribution to this program are inestimable. Johnson, Jagers and Timchenko are to be commended, not just for their outstanding artistry, but for their imagination – and daring too – in putting together an album that juxtaposes the tried and true – Mozart and Schumann – with modern works by Francaix and Smit that challenge the listener as well. This deserves the strongest of recommendations."
- Jerry Dubins, Fanfare Magazine, USA

"Metamorphoses: a curious name for an ensemble devoted to the rather limited repertoire for clarinet, viola and piano, of which two of the most familiar landmarks are included on this disc. That’s probably not why you’d buy it, though, but rather for the lyrical, moodily atmospheric Trio (1938) by the Dutch composer Leo Smit, who was murdered in Sobibor. This isn’t quite its first outing on disc but it’s sufficiently rare that a new recording as poised, as characterful and as expressive as this one is emphatically worth hearing.
The other must-have here is the Trio by Jean Françaix; and if you find Françaix’s music as irresistible as I do, you’ll be both amused and wholly unsurprised to learn that it dates from 1990, even though it unmistakably breathes the air of Les Six. In other words, it’s an utter delight, and Johnson, Timchenko and Jagers get its anarchic, gleefully subversive wit off to perfection, gliding artlessly from Impressionist dissonance to elegant, lopsided waltzes and circus gallops.
And, it has to be said, there’s an engaging guilelessness about the trio’s Schumann and Mozart too; always inside the style but never at the expense of the players’ own lively musical personalities. Johnson (on clarinet) has a winningly sweet tone and there’s nothing backward about Jagers’s viola sound either. Schumann would surely have relished the sense of newness (as well as blossoming lyricism) that they bring to his Fairy Tales, and the way they let the first movement of the Kegelstatt Trio play out like unwinding clockwork suggests three players on the same wavelength and thoroughly enjoying themselves. These performances are sincere, imaginative and fresh as paint."
- Richard Bratby, Gramophone Magazine, 2018

"This delightful disc takes its name from the classical Greek poet Ovid, as the musicians are drawn from different parts of the world, and from the idea that we try to create images and different emotions when playing music, and are therefore telling a colourful story. The first work, Robert Schumann's Fairy Tales, is one of clarinettists' most beloved works, and is in four movements. The opening movement is expansive and is really a lovely song, graceful and beguiling. Immediately one is struck by how well the members of this trio play together. Jean Johnson's clarinet sound is creamy and sumptuous, and each player knows when to project their voice or recede, depending on how important to the melody their part is.
The second movement is much more marked, with many contrasting moods and articulations, all handled masterfully by the performers. A song-like middle section eases the tension somewhat.
In the song-like third movement, all the instruments have their time playing the beautiful long lines, but particularly the clarinet and Roeland Jagers' viola. Ilona Timchenko's piano plays more of an accompanying role here.
The last movement is lively, and again the marked dotted rhythms, so beloved by Schumann, really are a feature. The piano has a much larger solo role here, but there is plenty for the others to do, often interjecting after piano chords or passages. The middle section is particularly delightful. These musicians really show a great understanding of this music, which requires sensitivity and the ability to change mood quickly.
Dutch Jewish composer Leo Smit (1900-1943), previously unknown to me, was influenced by Stravinsky and Ravel, yet his music is individualistic. Unfortunately he was incarcerated by the Nazis and died in a concentration camp — a talent cut far too short if the music on this disc is anything to go by. His trio, in three movements, a fascinating work full of contrasting ideas and textures, is well worth a listen, and I am certainly interested in finding and hearing more of his music.
All instruments are kept busy, and the middle section of the first movement is quite challenging.
The second movement is slow, and dirge like. The piano and viola set the mood at the opening, then the clarinet comes in and soars above the other instruments in a heartfelt lament, before a rhapsodic section takes over, which is at times is quite dramatic. A feeling of sadness prevails, though. The third movement is fast and dance like and altogether a happier affair than the previous movement. There is plenty of florid and challenging music for the musicians, but they excel in the changes of mood, florid passages and more cantabile lines when they present themselves. If I was in a trio for these forces, I would want to perform this work often.
Mozart's 'Kegelstatt' trio needs no introduction. He was a particular lover of the clarinet, and produced some of the finest works in the repertoire. This trio plays it beautifully, and I would recommend this recording without reservation. This is a stand-out performance. Jean Françaix's Trio is in five movements. His music has always been a favourite of mine, but I have to confess that I did not know this work. The opening Largo feels its way around, and you are not always sure where it is going harmonically. (Unusual modulations are a significant feature of Françaix's music.)
The second movement, a whirling jazzy dance, has plenty of pyrotechnics and fizz. There is a contrasting slower section, in a habanera type rhythm, and this expands into a song-like melody before the original section reasserts itself.
The third movement is a scherzando, full of contrasting ideas and textures as well as some interesting modulations, revealing what a fine composer Françaix is, and how European Jazz and dance music is integral to his style.
The forth movement, slow and restful, is a contrast to the two previous movements and, quite remarkably, since it is a longish movement, it remains in this vein for the duration.
The last movement, a sort of jazzy waltz, typical of a lot of Françaix's music, is refreshing and fun — like drinking a glass of chilled chablis whilst sitting on a balcony in Provence.
I would not hesitate to recommend this ensemble and this disc to anyone. It is highly enjoyable and stunningly performed. Buy this disc — you will be so pleased that you did. Music is in fine hands for the future with young artists of this calibre.
There is a supplementary piece, available for download — music of a composer I have also been very impressed with, judging by the few works that I have heard — Rebecca Clarke (1886-1979). I heartily recommend downloading and saving this, as her music has a real quality and interest, and the three fine musicians here are great champions of her music."
- Geoff Pearce, dailyclassicalmusic.com, 2018